Our physical therapists are ready to treat you via telehealth.

Mr. Spallone is the founder and owner of Function First Physical Therapy, P.C., since June of 2001. He graduated from The University of Connecticut in 1987, with a B.A. in Athletic Training. Upon returning for his Bachelor of Science in Physical Therapy, received in 1990, he was the Athletic Trainer for the Women’s Basketball team at University of Connecticut.

He relocated to New York City, and worked for three years at New York Hospital, and rotated to various services. He then left to focus on out-patient orthopedics, where he worked for seven years in a physical therapy owned private practice in NYC. During this time he was committed to enhancing his expertise in orthopedic dysfunction and rehabilitation by taking numerous continuing education courses.

He received his Board Certification in Orthopedics in 1998, from the American Physical Therapy Association’s Board of PT Specialties. That same year he was certified as a Functional Manual Therapist, from The Institute of Physical Art, in Steamboat Springs, Colorado.

He and Function First Physical Therapy, P.C., are members of the Hospital for Special Surgeries’ Rehabilitation Network, and attends the weekly sports medicine grand rounds to stay abreast of current orthopedic research, both operative and conservative management procedures. He has recently completed a Doctorate of Physical Therapy Program (DPT) offered by Evidence in Motion, which was established in 2004 and has grown to become the largest provider of post-professional educational programs in the PT industry. He can be reached at joe@ functionfirstpt.com.

Joe is married to Melina Mackall and they reside in Brooklyn, NY with their two young sons, Jackson and Spencer. 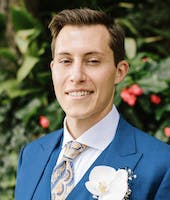 Dr. Ryan White, PT, DPT earned his doctorate degree from Columbia University with a specialization in orthopedic rehabilitation. While at Columbia, he was introduced to The Institute of Physical Art (IPA) and the practice of Functional Manual Therapy.

Functional Manual Therapy is an integrated and artistic intervention that couples mechanical treatment of the joints, soft tissues, viscera, and neurovascular systems with manual neuromuscular facilitation to enhance optimal motor control and human function. Inspired by this hands-on patient approach to Physical Therapy, Ryan became the first graduate from Columbia University to complete an 8 week intensive clinical rotation at IPA-Manhattan. He continues to refine and enhance his skills by continuing to take courses offered by the IPA, as well as courses offered by One80, RockTape, and in IASTM.

He can be reached @ ryan@functionfirstpt.com

Ms. Mackall received a BA in dance from Bard College in 1994. Upon graduation, she received a Don Parker scholarship for developing most as a performer and went on to pursue a professional career as a dancer and choreographer. Ms. Mackall has taught ballet and in 1997 received a certification to teach Pilates.

In 2002 she received her Gyrotonic certification, her New York State license to practice Massage Therapy and her National Certification in Therapeutic Massage and Bodywork. She has been on staff at the Swedish Institute.

Ms. Mackall has taken numerous continuing education classes in order to expand her knowledge of anatomy and kinesiology. Most recently she has taken courses in Gait Training, Osteoporosis, Myofascial Release, CranioSacral Therapy, Trigger Point Therapy, Manual Lymph Drainage and Sport and Spine Rehabilitation of the Lower Extremity. She also holds a certificate in Prenatal Massage and works closely with women during and after pregnancy.

Ms. Mackall will proved the highest quality of individualized care in order to help you achieve optimal fitness and health. She can be reached at melinamackall@ mac.com.

Miss Shariff is a graduate of TCI College in Business Administration and Accounting. Sandy is the intake coordinator and administrator for Function First Physical Therapy since the summer of 2006. She’s worked as a Customer Service Rep for seven years, providing quality service to customers and demonstrating a talent for communicating and listening attentively to customer’s needs.

Sandy has been working in the medical field for over thirteen years; she’s worked with patients from a diverse background, ensuring they are satisfied with every part of their therapy experience from the initial greeting through their discharge date. She can be reached administration@ functionfirstpt.com.